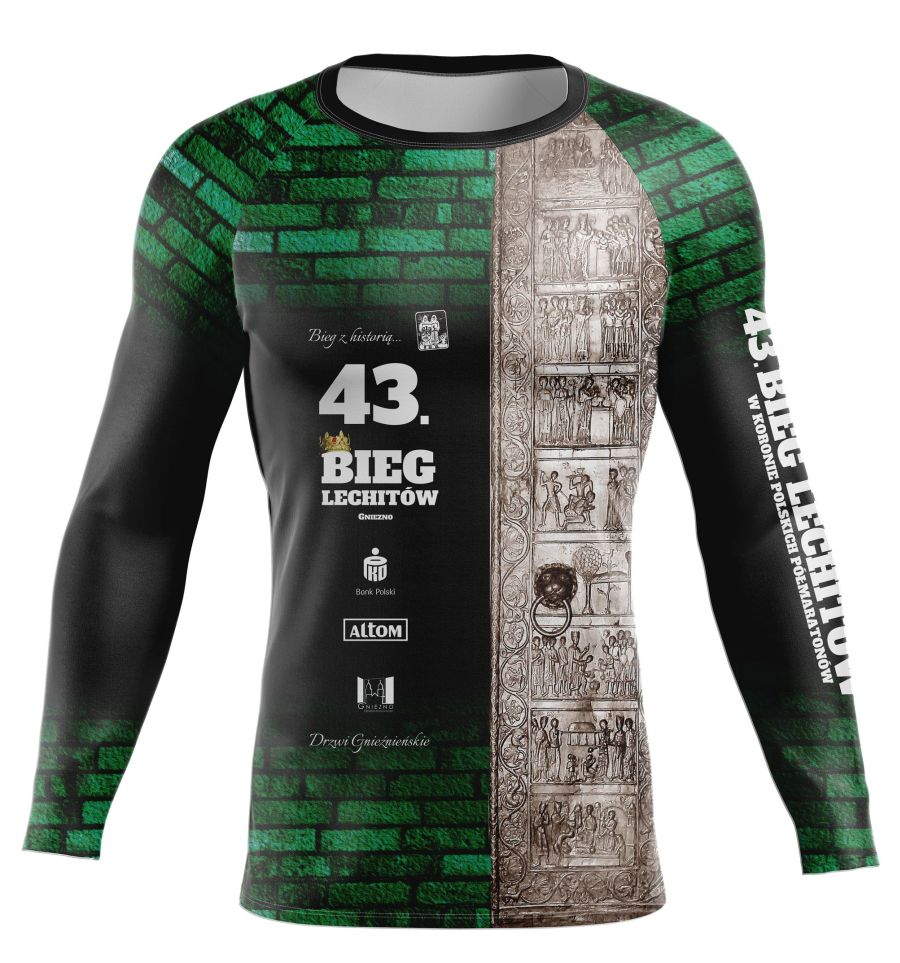 The Lechit race, like many other races this year, had to change the formula due to COVID-19.

It will not be held on the traditional route from Lednica to Gniezno, but will be covered by competitors on many routes throughout Poland. The virtual edition is the only way to run this oldest half-marathon in Poland.
As every year, the organizers have made every effort to make the package of this run stand out from the crowd. An unwritten tradition of the Run of Lechites is a long-sleeved T-shirt – “for a long”, as runners say 🙂
This year will also be no different.
When preparing this year’s edition of the Run, the organizers decided to connect thematically the T-shirt and the medal. After receiving the consent of the Archdiocese of Gniezno to use the image, they planned a medal for the next two editions. These will be Gniezno Doors – presenting the biography of St. Wojciech, a unique monument of Romanesque casting art, made during the reign of Prince Mieszko III Stary in the 12th century. The wings of this door will be the leitmotif of the medals and shirts of the 43rd and next year’s 44th Lechit Run.
We know runners like “combined” medals a lot. So we hope that they will decide to complete the Gniezno Doors not only as medals, but also as a historical memento and a memory of the times when you could only run virtually. Let the medal of the 44th Lechity Run (we hope so) be a return to normalcy and let it hang on the competitors’ breasts immediately after covering the half-marathon distance in St. Wojciech in Gniezno in September next year. 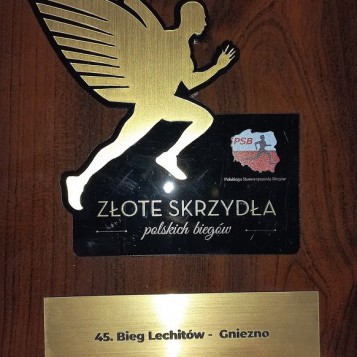